A new report that was commissioned and conducted by the city of Charlottesville on the events surrounding the protests and subsequent violence that took the national stage in Charlottesville, Virginia back in August, and the findings indicate that not only were police told to stand down in the matter, which became deadly, but there was an attempt to cover it up.

One of the posts abandoned by officers was the very place that led to the death of Heather Heyer, who was killed after a white supremacist drove his car through a crowd of people and slammed into several other cars before backing up, hitting other demonstrators.

A police officer radioed for help as angry protesters swarmed around her: “They are pushing the crowd my way and I have nobody here to help me.”

Tammy Shiflett, who had just returned to active duty as an elementary school resource officer after two months recovering from a shoulder surgery, was the only person assigned to block traffic at the intersection where a deadly car attack began in Charlottesville on Aug. 12.

Instead of sending reinforcements, a superior instructed her to abandon her post and move the car that had been positioned in the intersection, leaving a wooden sawhorse as the only barrier keeping vehicles out of the area.

Roughly an hour and a half later, a white nationalist drove his car down that very street, striking a crowd of counterprotesters and killing 32-year-old activist Heather Heyer.

Officer Shiflett was not the only officer told to stand down that day.

According to the report, “Supervisors devised a poorly-conceived plan that under-equipped and misaligned hundreds of officers.  Execution of that plan elevated officer safety over public safety.”

So, instead of doing their jobs, police were told to stand down for their own safety, and not enforce the law.

In fact, it was to the point that one of the protesters fired a shot from his gun into the crowd while police watched and did nothing. 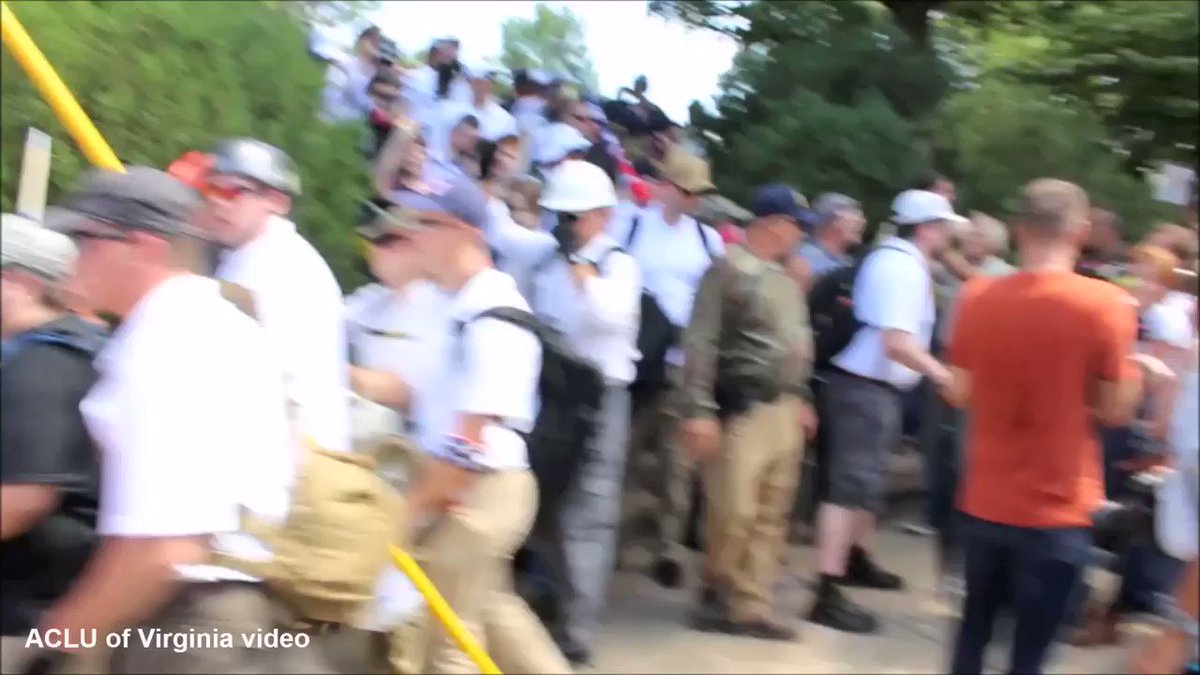 ACLU of Virginia
WATCH: Man fired at another person in Charlottesville on Aug. 12. We handed

to LE agencies. The man has been arrested & charged w a crime.

The Richmond Times-Dispatch added additional findings in the report:

• Despite repeated public statements by state and local officials that officers were not instructed to “stand down,” police had in fact been instructed only to intervene in conflicts between white nationalists and counterprotesters in the event of serious injury.

• A Virginia State Police commander made an “off-plan” decision to keep state officers behind barricades instead of sending them into the streets to break up fights and make arrests.

• After clashes began, Police Chief Al Thomas was heard by several people in the command center saying to “let them fight, it will make it easier to declare an unlawful assembly” and shut down the rally.

• Thomas attempted to obstruct the city’s investigation, deleting relevant text messages, attempting to hide his use of a personal email account to conduct some official police business, and creating planning checklists that were not actually used to plan for the rallies.

The 220-page document is based on hundreds of thousands of documents, video and audio recordings, photos and interviews. It represents the most comprehensive account yet of how public officials handled the “Unite the Right” rally.

Now, consider that the media said that when many outlets were reporting that police were told to stand down, those were just “conspiracy theorists.”  Anyone thinking it was a just a theory now?  Nope, it was clearly a conspiracy and the report is clear that it was a conspiracy to protect cops but not the people they were entrusted to protect.

Once again, it’s those in the alternative media who have been vindicated while mainstream media continues to put out fake news for their corporate bosses.