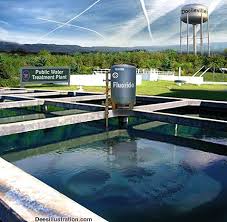 Did Portland City Council members secretly meet with lobbyists representing those who seek to force area residents to be poisoned with fluoride? Opponents of the effort seem to think so, and with good reason.

The lobbyists did, in fact, meet with all five council members in July or August, they have said, but only one of those initial meetings appears on public calendars and only then under a vague heading, according to local Oregon media.

If there was other contact, that could cast a pall over the entire council because such meetings would appear to violate the city’s lobbying and reporting requirements.

Those requirements, which were championed by then-Commissioner (now mayor) Sam Adams in 2005, affect lobbyists and city officials alike “and are meant to reveal who attempts to influence city leaders – and on what topic,” The Oregonian reported on its blog.

The driving force behind adding fluoride to the drinking water of Portland and surrounding communities is Upstream Public Health, but the group’s plan has been challenged via a referendum effort that could block the council’s unanimous Sept. 12 vote of approval.

Lobbyists, in a recently filed disclosure, reported meeting with commissioners Randy Leonard on July 26, Dan Saltzman and Nick Fick on Aug. 2, Amanda Fritz on Aug. 6 and Adams on Aug. 27 to push their case for adding fluoride to water.

Yet, those same officials, who are required by rule to publicly post their calendars on a quarterly basis, “either didn’t disclose them meetings about fluoride or left a vague subject heading,” The Oregonian reported, adding that both Adams and Leonard said they weren’t actually present at the meetings.

Leonard has been a proponent of the fluoride plan. According to his calendar, he had four meetings on July 26, but none were about fluoride.

Saltzman, meanwhile, had three meetings listed for Aug. 2 with the city forester, the police union and one regarding a homeless camp – nothing about fluoride.

Of nine slots on Fish’s calendar, he reported a single 30-minute meeting Aug. 2 with “Health Coalitions” but did not provide specifics about the group or the topic of discussions.

Fritz, who reports weekly rather than daily appointments on her calendar, listed 16 meetings or events for the aforementioned period of time; none listed fluoride as the topic or Upstream Public Health as an organization she met with.

Finally, Adams listed six items on his calendar for Aug. 27, including a meeting with Police Chief Mike Reese, a meeting regarding trade with Brazil, one with Transportation Director Tom Miller, a media event and two blocks for “office time.” Again, nothing about fluoride.

City code requires elected officials to post their calendars “of activities related to official city business” 15 days after the end of the preceding quarter. That deadline was Oct. 15.

There is one exception – if an elected official “determines that such posting posses a safety threat.”

It seems, now that allegations of impropriety have hit the light of day, everyone has an excuse about why they didn’t do their duty and inform the public what was happening.

About that reporting requirement…

Leonard told the paper via email he never met with Upstream Public Health on July 26, even though the group has said its representatives had a “personal meeting” with him. Leonard said the meeting was with Stuart Oishi, a member of his staff.

Adams spokeswoman Caryn Brooks says the mayor never met personally with the group, either, that Upstream met with herself and Amy Ruiz, the mayor’s deputy chief of staff. She did say; however, that Adams phoned Upstream about fluoride – a claim that did not appear on the group’s mandated reporting requirement – and that he also ran into representatives of the organization at a local tavern.

Fish, in a separate email to the local paper, said Kayse Jama, a founder for the Center for Intercultural Organizing, requested the Aug. 2 meeting but told his office that the agenda was “broad health equity strategy.” Fish says he didn’t learn about the topic until the meeting actually began.

So, “not me, my staff;” “saw someone in a bar;” and “I didn’t know until it was too late” are the “reasons” for not reporting what was obviously an effort by a lobbying group to influence elected officials – no matter the method.

Most subsequent meetings with Upstream were put on council member’s calendars, but the initial ones clearly were not.

Portland, by the way, is one of the last bastions of fluoride-free water in the U.S.