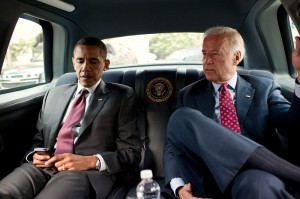 The American people have spoken.  It is estimated that approximately 6 billion dollars was spent on political campaigns in 2012, and we ended up exactly in the same place that we were before.  Barack Obama is still in the White House, the Democrats still have solid control of the U.S. Senate and the Republicans still have solid control of the U.S. House of Representatives. Clearly, the American people want more of the same, and that is really bad news.  The path that we have been on will only lead to unprecedented disaster, and now it is abundantly clear that there are not going to be any solutions to our problems on the national level.

Not that things would be that much different if we reversed things and gave Republicans control of the White House and the Senate and we gave Democrats control of the U.S. House of Representatives.  Over the past several decades, nothing has really seemed to get any better no matter what faces we have sent to Washington.  But this time there is really a feeling of “finality” to things.

The American people have made their choices, and those choices are going to have consequences.  There is no turning back now.  The politicians that we have chosen reflect who we are as a nation.  It is not just our leaders that have turned their backs on the U.S. Constitution and on the principles that this country was founded upon – the truth is that the majority of the American people have rejected them.  We have willingly chosen our destiny, and there are no more excuses.

What Barack Obama has pulled off is absolutely mind blowing.  First of all, I must acknowledge that the Obama campaign had the best “ground game” in the history of American politics.  Their ability to deliver their voters to the polls was absolutely amazing.  Yes, the election was close, but I thought it would be much closer.  The Obama “ground game” made a significant difference.

Having said that, it says a lot about who we are as a nation that the American people would willingly send Barack Obama back to the White House for a second term.  You could almost excuse the American people for having the wool pulled over their eyes the first time, but at this point American voters have had four years to evaluate Barack Obama and learn what he is all about.

Barack Obama, like many of our politicians, is a con man.  He just doesn’t have a few skeletons in his closet – he has a whole army of them.  Over the course of two presidential campaigns he has refused to release his school records, there are very serious irregularities concerning his Social Security number, and he has managed to keep vast stretches of his past a total secret to the American people.  Anyone applying for a decent job or trying to get into a decent school would have been required to disclose more background information than Barack Obama has revealed to the American people.  What Obama has pulled off is completely and totally absurd.  I truly believe that Barack Obama will someday be regarded as one of the greatest con men of all time.

But even setting all of that aside, the outrageous things that Barack Obama has publicly said and done should be more than enough for every American that loves the U.S. Constitution to reject him.  The truth is that no American should have ever cast a single vote for him for any political office under any circumstances.

And yet now he is headed for a second term in the White House, and now he will feel absolutely no accountability to the voters since he will not be running in 2016.  He can do whatever he wants over the next four years, and nobody can do anything about it.

Not that Mitt Romney would have been much different.  Out of all of the Republican candidates, the Republicans selected the candidate that was most similar to Barack Obama.  During primary season, in many of my articles I pleaded with the Republicans not to choose Mitt Romney.  I warned that large numbers of very conservative voters would refuse to support him in the general election.  I was horrified by how Romney treated Ron Paul and his supporters during the primaries.  It turns out that Romney desperately could have used their help in swing states that Romney barely lost like Ohio, Virginia and Florida.

In the end, Mitt Romney ran one of the most inept campaigns in modern American political history.  Except for his one brief shining moment during the first debate, Romney just seemed to keep falling flat on his face over and over.  He seemed to have absolutely no idea how to attack Obama’s track record, and he kept shifting positions every five minutes.  To be honest, his campaign was an embarrassment to the Republican Party.

I know that a lot of Republicans are mourning today, but things would not have been much different under a Romney administration.  Romney was perhaps the most liberal candidate the Republicans have ever nominated for president, and Obama and Romney were perhaps the two most similar candidates that we have ever seen run against each other on the national stage.

But let us not overlook the other choices that the American people made yesterday either.

The U.S. Senate has been an abysmal failure for years, and yet the American people just keep voting for more of the same.

In fact, the last time the U.S. Senate passed a budget, there was no such thing as an iPad.

But not only did the American people allow Democrats to keep control of the U.S. Senate, the Democrats actually gained a couple of extra seats, and several of the newly elected Senators are extremely liberal.

And keep in mind that all of the new Senators that were elected yesterday will not be up for re-election until 2018.

That is very frightening to think about.

The funny thing is that the American people also gave the Republicans very firm control of the U.S. House of Representatives once again.  It is almost as if they were saying that they want things to remain exactly the same as they are right now.

So we can definitely expect more gridlock in Washington.  And perhaps that is a small piece of good news to come out of all this.

If we can get our politicians fighting with each other so much that they can’t get anything done, perhaps they will have less of a chance of messing this country up even worse than it already is.

As far as the economy is concerned (after all, this is a column about economics), we will continue to steamroll toward collapse at record speed.  It is now glaringly obvious that there will be no political solutions to our problems on the national level.

So you better brace for impact, because a crash is coming.

And I think we just got a preview of coming attractions.  The Dow was down by more than 300 points on Wednesday.

I wish that I could be more optimistic, but the truth is that there is no hope on the horizon on the national level.  The American people have spoken, and they have made their choices.

Now we all get to pay the price.