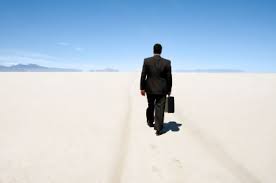 By:  SurvivingSurvivalism.com
The Sleuth Journal Contributor

America taught the world to be manufacturers. We honored the ingenuity of those who sparked the industrial revolution. We filled our country coast to coast with factories that gave meaningful jobs to the  people.  People who could feed their families ’till their bellies were overfull and live in a nice place with the wages they were paid.  But we gave it up.

We gave it up by encouraging the factories to leave America behind to set up in other countries with grand tax incentives for leaving their dedicated employees in the lurch.  Gone are the venues of production that gave us a tangible way to dig ourselves out of any economic problem.  We allowed it to slip through our fingers until it was no longer available when we needed it.  We could have stopped it.  We should have stopped it.

America taught the world to be farmers.  The great expanses of arable land within our borders fed many of the hungry of the world.  Our reserves of gain kept us assured that we would not starve, and that we could afford to feed our families.  But we gave it up.

We gave it up by depleting our stockpiles to drive up prices.  We gave it up by allowing big agribusiness to buy out the independent farmers and then pollute the soil – as well as our bodies – with genetically engineered, patented seeds, protected by the government who should be looking after the interests of the people, but don’t.  We could have stopped it.  We should have stopped it.

America taught the world to be innovators.  If the encroaching future presented a problem, we put our heads to work and created something that helped us leap into the future while overstepping the “problem”.  Nothing could stop our forward march.  There was a future of promise for our children.  But we gave it up.

We gave it up by being contented to sit before the television for more hours than we speak with other humans each week.  We gave it up by being contented to purchase the distractions, the toys that were dangled before us instead of carving out the spiritually fulfilling lives we can have.   We gave it up by giving our children over to the “public schools” (read: training ground for future slaves) where they learn to repeat, not to think.  (The point is not what you can remember – it’s what you can DO with what you remember!)  We could have stopped it.  We should have stopped it.

America taught the world freedom for the people.  Generations of us grew up knowing that those around us, those who were “in authority” were limited in their power by a document – cherished as the only governmental document that mentions happiness as a God-given right  – that says that we may speak, follow a religion, move about the country and in and out of it, publicly air our grievances and opinions and be secure in our homes and persons without fear of interference by the government.

We were the shining example to the world that when given such freedoms a country flourishes by the works of its people.  We became, as a country, rich in scientific knowledge, rich in the arts, rich in athletics.  We also became rich in economy, which, unfortunately, took reign over all other riches.

Will you give up your freedom next?  Will you stop giving your opinion because someone may hear you say it and report you?  Will you stand in line to be groped or shown naked for the privilege of boarding a plane – or entering a prom, or walking through a mall, or driving down the highway, or….?  Will you limit what you say in an email because you don’t want to set off the NSA’s email reader?  Will you choose another religion because the one that feels right to you isn’t on the approved list?  Will you take the pharmaceuticals because natural remedies are outlawed?  Will you eat the poisons because it’s against your town ordinances to have a garden in your own yard?  Will you take the chip in order to buy or sell?  Or will you say “NO” at any cost?  Some things are worth standing up for.

And will you take the best of whatever led us to this mess we are in today, throw away what has proven useless and add new ideas for the future?   It’s up to you.  It’s you who will be affected by the outcome – either way.   It won’t help to say, “We should have…”

Dan and Sheila are the authors of Surviving Survivalism – How to Avoid Survivalism Culture Shock and hosts of the free podcast, “Still Surviving with Dan and Sheila”, both available at  http://survivingsurvivalism.com/  For information about their survival community, or for other questions, they can be reached at surviving@lavabit.com

9538 7960 5076 2185 3052
Previous : Nonprofit Organizations Exposed: American Dietetic Association And Others In Bed With Monsanto
Next : Everything Is Rigged – Health, Politics, Finance And More – But Here’s How To Beat The System