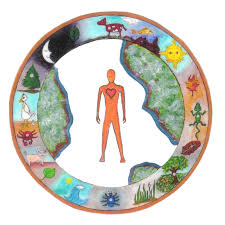 Humanity is now progressing toward a modern day cognitive renaissance period. It’s happening all around us, people are politically awakening to what is happening globally. The ruling class has long planned on constructing a global political government with full control of all the parts; a perfect control-grid where the very rich can exercise unchallenged power forever.

One thing the global elite couldn’t account for however is the power of life, the magic that is being human and the greatness that lies within each and every person. No doubt this spiritual energy, quest for freedom and drive to thrive that exists in every person has presented problems for tyrants throughout history. Likewise this present day struggle for freedom and individual sovereignty has awakened the giant that lives inside of every person. The awakening is about more than just understanding what is happening; the global and individual political awakening manifests itself in a drive and desire to take action and change the physical world around us. It turns out that humans as a whole never give up and the fires of freedom will always burn. This fire is a manifestation of nature.

More than ever before people are coming together from all walks of life. Untelevised revolutions all around the world continue as people everywhere are demanding their rights. People are awakened to the dirty deeds of the few at the very top and they are very willing to put up a fight. History has shown us that tyranny and fascism can only be sustained temporarily on humanity before the flames of freedom fight back. Let’s hold on to this knowledge and find ways to complete this self fulfilling prophesy of global fascism’s death.

From a racketeering and money laundering lawsuit that names government officials, to the California proposition (Prop 37) to be voted on that would expose and require labeling of genetically modified foods to exposing voter fraud and corruption, humanity is now observing a slow incremental shift in paradigm. It’s all happening very slowly but the rate of human recovery is accelerating. From the rumors of mass arrests to the exposing anti-Iran propaganda designed to instigate more wars, it’s all culminating into a long awaited turning point. This is a manifestation of the greatness that is humanity. Unfortunately the globalist (Eugenicists) would have you believe that humanity is worthless; a bunch of “useless eaters” using up the resources that belong to them. They would have you believe that you have no value except perhaps whatever labor can be extracted out of you for profit.

Even at a time when TSA is being exposed for it’s corruption and criminality; a time when false flag terror and staged mass shootings are now being exposed in real-time, the mass corporate owned media is slowly losing all credibility and a time when the current presidential administration and political system are being fully exposed as rings of criminality and fraud; we must tighten the noose around the necks of the perpetrators who seek to control the world.

Amazingly, humanity comes with a naturally endowed greatness. It’s the ability to think critically and the determination to put those thoughts into action; it’s the expression of the unique personalities we have and the unique skills that makes every person uniquely special and thus uniquely useful to the cause of healing humanity and bringing us to a new level of consciousness. As we move forward in the next page of history this diversity of humanity is important to our survival. The Oligarchs had plans for a “New American Century” of global tyrannical domination of the world however evidence now shows this was an over-reach in aspiration; an unrealistic fantasy from the minds of people who thought they could play god and control humanity. The globalists realize their time is running out. Having clearly miscalculated what humanity was capable of, the lesson here is to never underestimate the power and the greatness of humanity; this greatness is being manifested every day and is in the early phase. No need to watch movies to see goodness defeat evil when we have reality the greatest theater of all.

About the Author: Bernie Suarez is an activist, critical thinker, radio host, musician, M.D, Veteran, lover of freedom and the Constitution, and creator of the Truth and Art TV project. He also has a background in psychology and highly recommends that everyone watch a documentary titled The Century of the Self. Bernie has concluded that the way to defeat the New World Order is to truly be the change that you want to see. Manifesting the solution and putting truth into action is the very thing that will defeat the globalists

11179 9711 5174 2973 3066
Previous : Mom Found ‘Guilty’ By Court After Refusing TSA Pat Down On Daughter
Next : 18 Ways You Can Protect Your Family From Electromagnetic Fields and Electrical Pollution

Bernie Suarez is a revolutionary writer with a background in medicine, psychology, and information technology. He is the author of The Art of Overcoming the New World Order and has written numerous articles over the years about freedom, government corruption and conspiracies, and solutions. A former host of the 9/11 Freefall radio show, Bernie is also the creator of the Truth and Art TV project where he shares articles and videos about issues that raise our consciousness and offer solutions to our current problems. His efforts are designed to encourage others to joyfully stand for truth, to expose government tactics of propaganda, fear and deception, and to address the psychology of dealing with the rising new world order. He is also a former U.S. Marine who believes it is our duty to stand for and defend the U.S. Constitution against all enemies foreign and domestic. A peace activist, he believes information and awareness is the first step toward being free from enslavement from the globalist control system which now threatens humanity. He believes love conquers all fear and it is up to each and every one of us to manifest the solutions and the change that you want to see in this world, because doing this is the very thing that will ensure victory and restoration of the human race from the rising global enslavement system, and will offer hope to future generations.