By GERARDO REYES and SANTIAGO WILLS

Indirectly, the United States government played a role in the massacre by supplying some of the firearms used by the cartel murderers. Three of the high caliber weapons fired that night in Villas de Salvarcar were linked to a gun tracing operation run by the Bureau of Alcohol, Tobacco, Firearms and Explosives (ATF), according to a Mexican army document obtained exclusively by Univision News.

Univision News identified a total of 57 more previously unreported firearms that were bought by straw purchasers monitored by ATF during Operation Fast and Furious, and then recovered in Mexico in sites related to murders, kidnappings, and at least one other massacre. 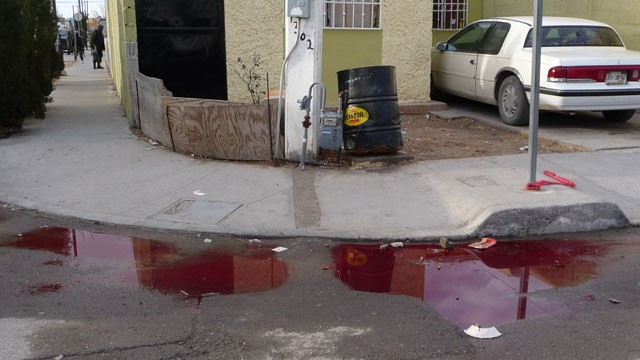 As part of Operation Fast and Furious, ATF allowed 1,961 guns to “walk” out of the U.S. in an effort to identify the high profile cartel leaders who received them. The agency eventually lost track of the weapons, and they often ended up in the hands of Mexican hit men , including those who ordered and carried out the attack on Salvarcar and El Aliviane, a rehabilitation center in Ciudad Juarez where 18 young men were killed on September 2, 2009.

In Mexico, the timing of the operation coincided with an upsurge of violence in the war among the country’s strongest cartels. In 2009, the northern Mexican states served as a battlefield for the Sinaloa and Juarez drug trafficking organizations, and as expansion territory for the increasingly powerful Zetas. According to documents obtained by Univision News, from October of that year to the end of 2010, nearly 175 weapons from Operation Fast and Furious inadvertently armed the various warring factions across northern Mexico.

“Many weapons cross the border and enter Mexico, but that [Fast and Furious] number, quantity and type of weapons had quite an impact in the war in this area” Jose Wall, an ATF agent stationed in Tijuana from 2009 to 2011, told Univision News.

Following the death of Border Patrol agent Brian Terry at the hands of Mexican bandits on December 14, 2010, media and Congressional investigations prompted hearings. On September 20, the U.S. Department of Justice Office of the Inspector General report, which opened the door for sanctions of 14 ATF and DOJ officials.

In Washington, the Fast and Furious scandal became politicized, diverting the attention from the human cost in Mexico to political battles on Capitol Hill. In June, a vote to hold Attorney General Eric Holder in contempt ignored the real tragedy in Mexico.

The Univision News investigation also found ATF offices from states besides Arizona pursued similar misguided strategies. In Florida, the weapons from Operation Castaway ended up in the hands of criminals inColombia, Honduras and Venezuela (link audio crumpler), the lead informant in the case told Univision News in a prison interview.

“When the ATF stopped me, they told me the guns were going to cartels,” Hugh Crumpler, a Vietnam veteran turned arms trafficker, told Univision News. “The ATF knew before I knew and had been following me for a considerable length of time. They could not have followed me for two months like they said they did, and not know the guns were going somewhere, and not want for that to be happening.”

Other firearms under ATF surveillance were permitted to leave the country from Texas, according to court documents and the exclusive testimony of Magdalena Avila Villalobos, the sister of an ICE agent who survived a confrontation with cartel hit men on a rural highway in Mexico on February 15, 2011. His fellow agent, Jaime Zapata, was killed during the attacks.

“It’s not from Arizona and Fast and Furious,” Avila Villalobos told Univision News, speaking in her brother’s stead for the first time, “but it’s a very similar operation…” She later added, “Those weapons that have been recovered, it’s been confirmed that they were weapons used in the shootout that killed Jaime Zapata and wounded Victor Avila.”

The Texas-based operation and the firearms linked to the attack were bought by two trafficking rings in the state, according to Raymond Thomas, the Zapata family’s lawyer.

Earlier this year, Texas Senator John Cornyn had echoed Thomas’ assertions . Moreover, on September 25, Congressman Darrell Issa and Senator Charles Grassley, the politicians behind the Fast and Furious congressional report released in July, sent a letter to the Department of Justice’s Office of the Inspector General, requesting an investigation into Avila’s and Zapata’s case.