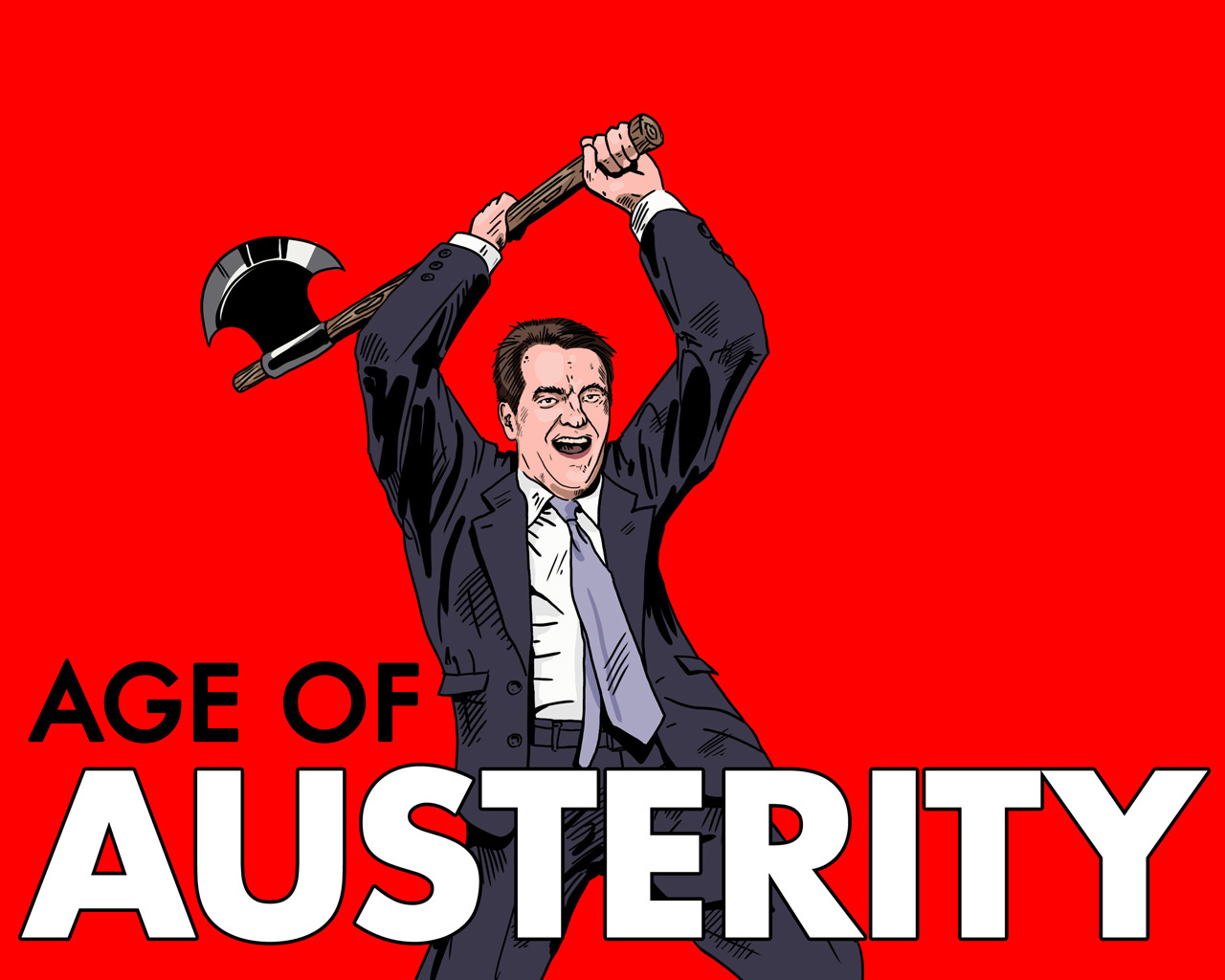 Contributor to The Sleuth Journal

The criminal class in Washington is bipartisan. Together they planned force-fed pain. They met secretly. They mandated poverty, unemployment, homelessness, and hunger during hard times.

They did it when vital help is needed. Officially it’s called “austerity.” Obama calls it “shared sacrifice.” In other words, ordinary people “sacrifice” to let rich ones “share.” Rape, pillage, loot, steal, or plunder best describes it.

The name of the game is shifting public wealth to bankers, other corporate favorites and wealthy elites already with too much.

It’s gone on for decades. Post-9/11, Bush and Obama took it to a higher level. They represent wealth, power and privilege. Serving them means throwing everyone else under the bus.

Hammer people hard when they’re down. Preserve capital at all costs. Prioritize bankers most of all. Do it the usual way. Cut wages and benefits. Curb social spending.

In the 1980s, it was called Reaganomics, trickle down, and Thatcherism. Post-Soviet Russia got “shock therapy.” In America and across Europe, it’s “austerity.”

Capital rights are pitted against humanity. Disposable workers are denied so Big Money gains. Moral depravity defines policy measures harming so many so much for so few.

How much human suffering is tolerable? Upper limits haven’t been tested. The worst is yet to come. It’s baked in the cake and agreed on. No one asked ordinary people how they feel?

Who cares! Dominant parties in America and across Europe plan trillions of dollars in social benefit cuts as far as the eye can see. Degeneracy has no limit. What’s most needed is eroding en route to being entirely lost.

Policymakers don’t care how many people lack jobs, can’t afford healthcare or college tuition, sleep on streets when homes are lost or rent is unaffordable, go hungry, or die young for lack of basic care.

It refers to a politically repressive country. Privileged few in it have inordinately high wealth. Diktat power lets them keep it and get more. Ordinary people are exploited, persecuted, and thrown overboard when no longer needed.

It’s happening in plain sight in America and across Europe. Western civilization hasn’t been this bad since 19th century harshness or perhaps the dark ages.

Personal freedoms are denied. Democratic values are illusory. Ideological extremism wages war on humanity. It’s soulless, morally depraved, anti-populist, anti-labor, anti-welfare, anti-government of, by and for everyone, pro-business, and pro-wars on one country after another without end.

What kind of leaders govern this way? What kind of society lets them? They claim democratic credentials. No one checked public opinion. No one took a vote on whether ordinary people are comfortable about shifting public wealth to corporate favorites and rich elites at their expense.

Pain is force-fed. Anti-progressivism is policy. Fascism bites hard. It inflicts suffering the old-fashioned way. Buck the system and feel its harshness.

Imagine daily life this way. Imagine things getting progressively worse. Imagine sacrificing humanity on the alter of privilege for society’s few. Imagine politicians telling people it’s for their own good.

Political bosses plan it “in the name of debt and deficits” reduction. It’s a hoax. It’s about greater wealth transfers. It’s about waging imperial wars without end.

It’s about empowering corporate bosses more than ever. It’s about elevating political corruption to higher levels. It’s about Washington harming ordinary people most.

“Cutting Social Security, Medicare and other threads in our fragile social fabric is not only grossly unjust – it won’t work! The so-called ‘Grand Bargain’ threatens to unleash a death spiral of unemployment and poverty which our nation is not certain to survive.”

UFAA calls on ordinary people to defend their economic rights. Mobilizing effective opposition is urgent. Agitate for change. Make Wall Street crooks pay for the mess they created. Build momentum for “a genuine political revolution of, by and for” everyone.

October 27 isn’t a conference. It’s an assembly. It a gathering of like-minded people. It’s about mobilizing for our common defense.

StopImperialism.com’s Eric Draitser launched UFAA. November 6 choices offer none at all. No matter who wins, ordinary people lose. It’s vital they “organize NOW” ahead of post-electoral war on working Americans.

Draitser calls October 27 “an organizing tool – one that is primarily focused on proposals (including economic recovery, organizing, leadership, demands, etc.) and floor debate, so that real strategy and mobilization can follow.”

(1) “(I)intelligence reports” will outline today’s threats. Domestic and international ones will be covered. Distinguished speakers will explain.

(2) Debate will follow proposals. Speakers and audience members will interact. At issue is reaching consensus. It’s much more than about what’s wrong. It’s about what do we do about it starting now.

• This writer will also participate.

• “The time for whining and ‘waking people up’ has passed,” says Draitser. One option alone remains. “Organize to defend our economic rights.”

Doing it now is crucial. Join others cooperatively. Assemble at perhaps the most perilous time in world history:

Stand up. Turn out. Tell others. Build on Wisconsin and OWS. Fight for fundamental rights. Save what’s being attacked and destroyed. Do what’s important because it matters. Do what no one will do for you. There’s no other way.

About the Author: Stephen Lendman lives in Chicago and can be reached at lendmanstephen@sbcglobal.net. His new book is titled “How Wall Street Fleeces America: Privatized Banking, Government Collusion and Class War” http://www.claritypress.com/Lendman.html