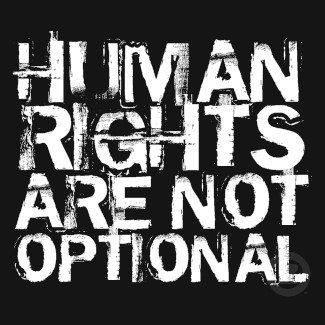 Human rights have always existed but have been recognized by different names. Their most concise and ancient expression is the golden rule, treat others as you want to be treated, which is common to all cultures and religions and is the clearest proof that human rights are universal.

What has changed over time is their classification and codification. As societies became more complex and encompassed ever greater numbers of people, social strata and opportunities for interaction the number of human rights grew by necessity, out of conflict and appeasement.

The most basic human rights – the right to life, food and shelter – are the original natural rights imbedded in man’s genes by instinct and survival. Their recognition as such predates man’s ability to express them, which came much later, first as a thought and then as a linguistic achievement. But the anguished grunt of the cave man who suffered the injustices of his brutal existence and the lofty language of the Universal Declaration of Human Rights have one and the same source, man’s innate sense of right and wrong, and one and the same meaning, the human, the all too human realization that all men deserve the same rights, that all men are equal under the sun. It is this recognition that elevated human beings above beasts and formed and still forms the basis of all social structures and the guiding rod of all human interactions.

To this extent, the equality and universality of human rights have as long a history as upright human beings. They also have equally old and powerful enemies. The most ancient and persistent is the scarcity of resources, followed by lack of cooperation and poor social organization, and last by hierarchical power structures fed by man’s vanity for wealth and status. These are the forces that have challenged and compromised the equality and universality of human rights throughout history and why to this day our rights are not inalienable but merely conditional, not concrete reality as much as intangible hope.

The first and oldest enemy of human rights, the scarcity of natural resources, has begot fierce competition between men and in the process some have lost what others have gained. Competition for scarce resources is an enduring threat to the equal distribution of economic rights and the uniform enforcement of political rights, for the latter are very much a consequence of the former. That is to say, unless people are fed and clothed and sheltered, the State has little tolerance for their citizens’ freedom of speech, conscience or religion which take a backseat to those rights that mean life and death.

The second enemy, lack of cooperation and poor social organization, has been amplified by society’s growing complexity. When communities expanded and the division of labour gave rise to special interests and to widely different perspectives due to one’s place and function in society, these divisions became gateways for new abuses, of which slavery is the most brutal. Though slavery exists to this day as debt bondage and indentured servitude, it is no longer the rule but the exception.

The last enemy of human rights is man’s vanity, his need to acquire wealth and status and the price he is willing to make others pay for it. Man is perpetually fighting this enemy within from the moment he acquires sufficient physical and mental strength to impose himself on others, or to resist the imposition of others on him. Unfortunately for human civilization these invidious distinctions have become part of nearly every society’s values and norms and are at the basis of the hierarchies that run the show. By accident more than design, they wreak havoc on the principle of equality between men affecting every human right in existence. And because hierarchical societies justify the greatest levels of aggression and can force men to act contrary to their nature, they have largely displaced communal and egalitarian societies that frown upon the exploitation of many for the benefit of the few. That is why conflict and war between nations and ideologies have caused the most gruesome atrocities, the vilest form of human rights violations.

We have waged war on these three enemies with some success, but as we have focused our attention on each one of them in isolation a new enemy has appeared on the scene; the strongest and most insidious incarnation yet of what we may simplistically define as the embodiment of evil.

This enemy has combined the original three into one and has as a result grown in strength, scope and destructive force. It is all the more dangerous because we no longer have a clear idea of what is good and what is evil once the perspective from which we look at human rights is global. The enemy in question and that is yet to be identified as such by most of us is mankind itself through its excessive consumerism and exponential population growth.

We are 7 billion strong and require all Earth’s resources and more to satisfy our basic needs let alone our insatiable wants. Since we have long outgrown the planet’s ability to support us, judging by our environmental impact, the global struggle for resources has made their scarcity and their unequal distribution all the more obvious. An American consumes roughly 40 times more resources and energy than an African, 20 times more than an Asian and 3 times more than a European. We have reached the most advanced level of cooperation and social organization – as we have had to, in order to make the most of the world’s resources and distribute them across borders – but we have yet to bridge the gap in consumption levels and this exacerbates our cultural differences and animosities, which are all the more obvious now that we interact with one another globally, both physically and virtually, more than ever before. As a result, the most cruel and numerous violations of human rights are committed by members of one culture or

ethnic group against members of another in a grand process of supremacy, exploitation and assimilation that brings with it the fear of the unknown and insecurity. And in all of this, man’s vanity works in mysterious ways to achieve global objectives through newly formed international hierarchies that will hopefully bring the intended results through what has become the most ambitious plan to coerce mankind to do what is necessary before it is too late and long before men outgrow their geopolitical ignorance, cultural prejudices and dated loyalties.

The legal enforcement of human rights is the last hurdle in the struggle for their realization. It is why we have built an international legal framework at the end of World War II, which has succeeded in softening the edges of human rights abuse. But as long as human rights stand in the way of someone’s greed or power lust, of a people’s prejudices towards another, or of a country’s economic and hegemonic ambitions, they will remain more hope than reality, especially if humankind continues to grow in numbers and to exceed the planet’s resources and regenerative capacity.

At least we now understand that we are the enemy.

9888 7323 7597 1898 3605
Previous : CIA Whistleblower to Spend Years in Jail for Revealing Torture – Government Accountability Project
Next : In The Absence Of Critics: Introspections On Human Rights